Now that the pandemic in the UK is moving into a critical phase, it obviously places a national focus on hospital operations and environment. These are a few thoughts with regard to how a fire strategy can be adapted in such unusual circumstances. Even though all Hospitals will put their contingency and resilience plans into action, it is possible that the efficacy of the fire strategy arrangements may need to be re-aligned.

Fire safety management is probably the biggest issue of all, as the pandemic fully breaks. Not only will additional staff be drafted in at short notice, existing staff may fall ill or become fatigued by the increased workload. This would probably mean that there could well be less levels of staff knowledgeable of fire safety procedures and/or less able to take the appropriate actions in the possible event of a fire. There may also be relaxations for the short term such as smoking and vaping. This will inevitably add to the fire risk. The provision of sufficient ventilators and equipment supplying oxygen is paramount in the current pandemic. We may need to assume that the initial controlled proprietary methods may not be enough. As the pandemic increases there is likely to be less control on oxygen supply methods, with further implications on the risk of fire.

Temporary rooms or areas will be created or reassigned with simple constructions to create sub-divisions. These constructions could possibly introduce issues with respect to the existing fire strategy. One example could be a reduction in the ability of the existing fire detection system to detect fires, due to devices no longer being in optimum locations, or there may be newly acquired areas where there is no fire detection system in place. There could also be issues with regard to the accessibility to manual call points. Where possible, a re-audit could be undertaken to rectify issues or provide additional fire detection. However, this cannot be relied upon in the short term. Given that most hospitals use a "seek and search" strategy following detection of a fire, security staff who may typically confirm a fire or not in a few minutes, may now need to dress into PPE before attending areas of the Hospital. Perhaps an extra couple of minutes should be added to the standard time period to allow for this? It is more important than ever to avoid calling out fire and rescue services on a false alarm, as they are more likely to be involved with handling aspects of the pandemic, or crews may have reduced staffing levels due to the quarantine policy.

Newly constructed walls to provide additional separations should not be relied upon to provide any fire separation properties, and should not be expected to do so. Methods of smoke control, especially in a fire, are a key feature of many strategies. I have been made aware of the creation of new ICU areas with the intention of incorporating positive pressure as part of the fire strategy. This could be difficult to confirm in the relatively tight timescales. Furthermore, it is likely that any temporary facilities will not have adequate smoke control and thus this cannot be regarded as part of the temporary fire strategy.

We have also seen the re-assignment of non-hospital buildings into temporary hospitals. One example being the newly created Nightingale Hospital at the Excel Centre in East London. Those who have seen photos and video of this site will realise that fire compartmentation and sub-division of zones is not a feature of the strategy. Nevertheless centres such as this are designed to cater for large volumes of people and the strategy will incorporate other fire engineered features, so that evacuation arrangements for ambulant and non-ambulant persons, may typically be better than many Hospitals. Centres such as this could also introduce opportunities. One example is that bariatric patients and beds, typically more difficult to evacuate in standard Hospital environments, could be moved to the easier access arrangements as found in the Nightingale Hospital. Note that Government guidance lists persons with a BMI of 40 or above as being in the "at risk" group in this pandemic.

The two diagrams shown makes use of the fire strategy value grid as taken from BS PAS 911 and illustrates eight key nodes, each relevant to the overall fire strategy. A typical standard hospital fire strategy usually relies upon effective fire detection and compartmentation, together with intervention by the professional fire services. This is supported by standard levels of controls on ignition sources and combustibles as described in the HTM Firecode. In the case of a pandemic, as expressed above, there may be less reliance on fire protection systems. Instead this may need to be replaced by stronger levels of control and fire safety management in general.

Emergency services, including firefighters, may be affected or distracted by the day to day issues of controlling a pandemic as described above. This therefore scores slightly lower in the second matrix. This could infer that there will be greater reliance on the use of first aid firefighting provisions to minimise fire growth. In effect, the strategy moves from one that relies upon systems to one that is dependant on human intervention.

Given that front line medical staff will need to concentrate on their critical tasks, more stringent monitoring of the risks may be necessary, and performed by non-medical personnel. In some cases, daily fire risk assessments of certain areas may be appropriate as well as the use of fire watches. The WHO have introduced the term "test, test, test". Perhaps a suitable term for maintaining the safety of all persons against a fire, in a pandemic scenario, could be "assess, re-assess, re-assess". 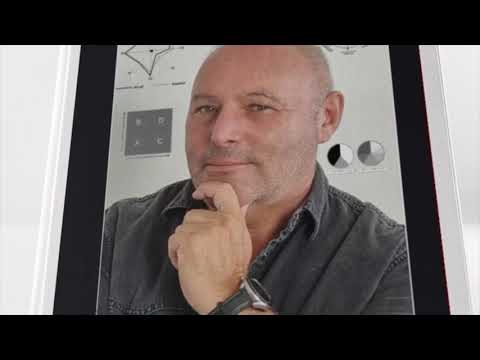